The weekend in Jasenovac was marked by Brundibár, opera for children directed by Krešimir Dolenčić and Hrvoje Korbar, and performed in a very emotional performance by the children's choir Zvjezdice. The Festival of Tolerance - JFF Zagreb and the Center for Promotion of Tolerance and Holocaust Remembrance have prepared a new Croatian performance of this children's opera by Czech composer Hans Krása with a libretto by Adolf Hoffmeister, originally performed by children of Terezin, a concentration camp in occupied Czechoslovakia.

The opera took place four times in two days, in an almost unreal atmosphere, on the meadow in front of the Jasenovac Memorial Center, just a few hundred meters from the "Stone Flower", which was part of the scenery as a background. The performances were attended by H.E. Ilan Mor, the Israeli ambassador who was visibly shaken after the performance told us: “This was a very emotional experience for me, but I am happy to see how many young people came to see Brundibár, a story with an important message, that together we can stop all evil." Jaroslav Kamas, Consul of the Czech Republic, Anna Rich, UNHCR Representative in Croatia with spokesperson Jan Kapić, Nathalie Linow, Cultural Counselor of the Embassy of the Federal Republic of Germany, Estelle Halimi-Dagron, Counselor for Cooperation and Cultural Activities of the French Embassy, ​​also testified. Ivan Marić, Envoy of Minister Gordan Radman Grlić, Dubravka Đurić Nemec, Special Adviser to Minister Nina Obuljen Koržinek, Marija Mačković, Envoy of the Croatian Parliament, Dženana Kalamujić, Envoy of the Zagreb Mayor, Rada Borić in front of the Zagreb City Assembly, Ivona Nemeth, Envoy of the County Prefect and Sanja Sarnavka, president of the Solidarna Foundation. In front of the US Embassy were Cameron Millard, Drew Giblin, Vanja Ratković and Chargé d'Affaires Mark Fleming, who after the performance expressed his pride and satisfaction that he was able to support such an important event, and pointed out that he will continue to support projects aimed at promoting tolerance.

Behind the new production of Brundibár, in addition to directors Hrvoje Korbar and Krešimir Dolenčić, there are also producer Nataša Popović, Ana Tonković Dolenčić and Marija Tonković who wrote the Croatian version of the libretto, the children's choir Zvjezdice with conductor Dijana Roguljin Deltin, and in the role of director Zoran Pribičević and Božidar Peričić as Brundibár. 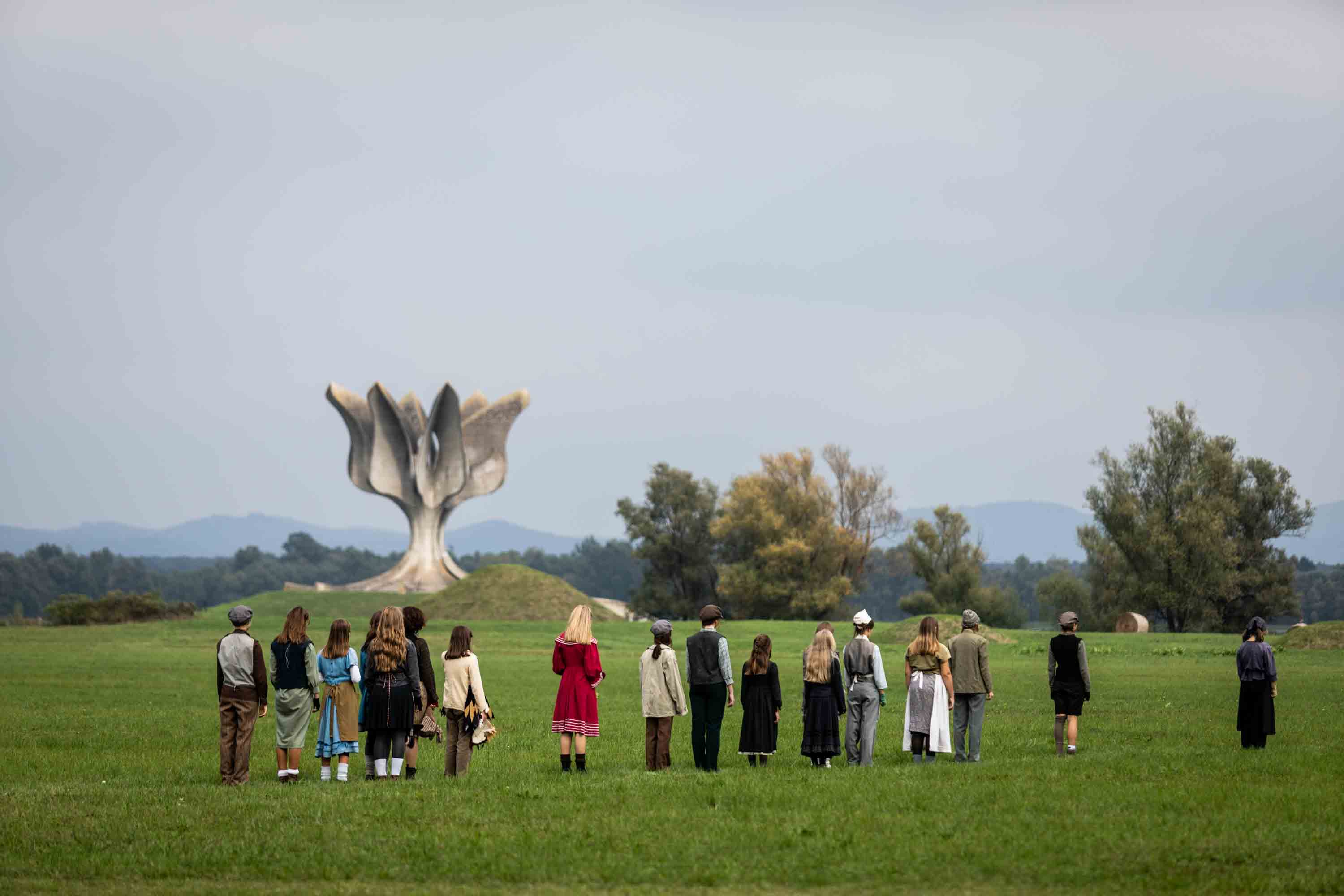 "In the year when we mark the 80th anniversary of the demolition of the Zagreb synagogue, in the year when we witness growing challenges of peace and acceptance, with this performance of Brundibár in Jasenovac we commemorated innocent victims of Ustasha and Nazi regime. We showed young people interesting and different ways of educating and reminding of the horrors of the Holocaust that took place in Europe, but also in Croatia. The Ovations that lasted for 10 minutes had let us know know that we have succeeded in our goal. A big thank from the bottom of my heart to the whole team, and especially Krešimir Dolenčić, Hrvoje Korbar, Božidar Peričić, Zoran Pribičević and Gita, Lucija, Tena and all the magical Zvjezdice for this indescribable life experience that makes life special." said Nataša Popović, opera producer and director of the Festival of Tolerance, and invited everyone who believes that Brundibár should be performed again in Zagreb and other places and cities to join them and help make this great wish come true for all of us.

Performances of the Brundibár Children's Opera were performed with the permission of Boosey & Hawkes Music Publishers Limited, and the program was performed under the auspices of the US Embassy in Croatia, the project is co-financed by The Active Citizens Fund, and with the support of the City of Zagreb and the support of JUSP Jasenovac, Center for Culture and Information Maksimir and Jadran film d.d.